Do you have a question to ask? Need help with something? Send us a message through our Contact Page.

The benefits of membership:

Create your own profile page and send other members private messages. Keep up with your comments. Make status updates to your friends and more with posts, images, videos and links.

Not a member yet?

Signing up is easy and takes less and 3 minutes. Take a moment to create a user and get verified instantly. Register now to join the best community on the web.

Sign in to begin browsing the members areas and interracting with the community.

In 1982, the women’s basketball team had a stellar season under the watchful eye of coach Tocha. The school closed for only the third time in 19 years. We experience the coldest temperatures of the century. We stayed up until the wee hours to witness a fairytale wedding, saw the first woman supreme court justice elected, and in our own way, changed the face of Kewanee High School by electing the first black homecoming queen. The world was changing, becoming smaller and bigger all at the same time.

Baby it’s cold outside! Bitterly cold weather gripped much of Northern Illinois setting record lows. On January 9, 1982 Kewanee High School closed for just the third time in 19 years when temperatures plummeted to -23 degrees making it the coldest day of the century.

Senior Diane Vandemore knows what it takes to win. You just have to score more points than the other team. Consistently one of the top scorers, she did her part in making the 1981-82 a basketball season a winner. Oh, and did we mention that she set a school record in the process, scoring the most points in a single game, with 40, against Moline.

Friendly, popular, talented and beautiful are all descriptions of our classmate, Terrill Curry. The first black Homecoming queen in K.H.S. history is yet another.

Our senior year, we hosted two AFS foreign exchange students, Lisa Carroll and Carlo Bani. Lisa was from Kangaroo Ground, Victoria, Australia. Carlo was from Bergamo, Northern Italy. When asked what he found most unusual about his American experience, Carlo said, it was the language and the way of life. Yep…I can see that. 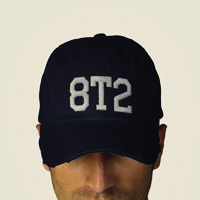